This is a recipe my husband has made at Christmas, a friend function and now again at Easter. Let me say once you glaze your ham this way, you may never go back.

It’s inspired by this recipe over at Chowhound, but over time Josh had added a few ingredients of his own.

Usually you aim for an internal temp of about 140, but the nice thing is ham is precooked, so no one will die, it just might be cold 🙂

Allow the ham to rest 20 minutes or so before cutting and serving. Enjoy! 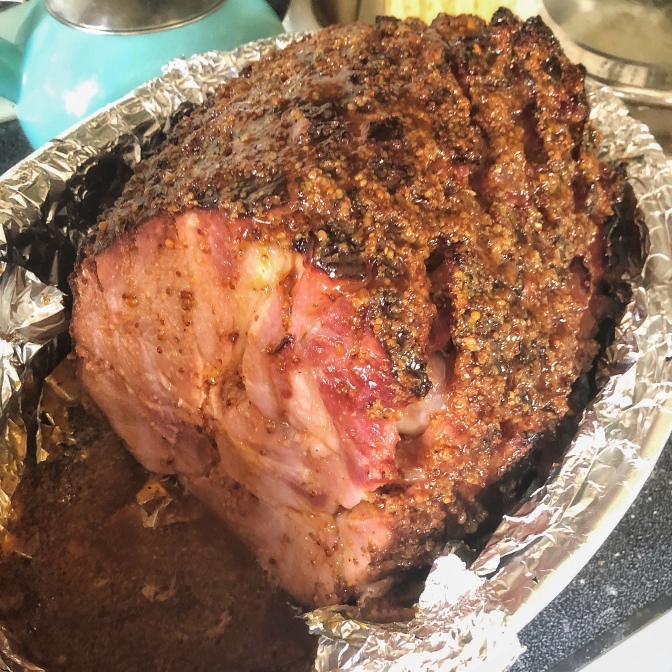 At every occasion, it’s been a hit. Not one person has complained, in fact pretty much everyone raves about it. When he first said he was using mustard, I was skeptical, but the mustard is subtle. It just provides a tangy twist on the usual honey baked spiral ham.

Josh says he thinks any beginner could follow the recipe and have it turn out pretty well.

It’s the best recipe he’s used so far. We won’t be going back to the basic honey baked ham ever again!